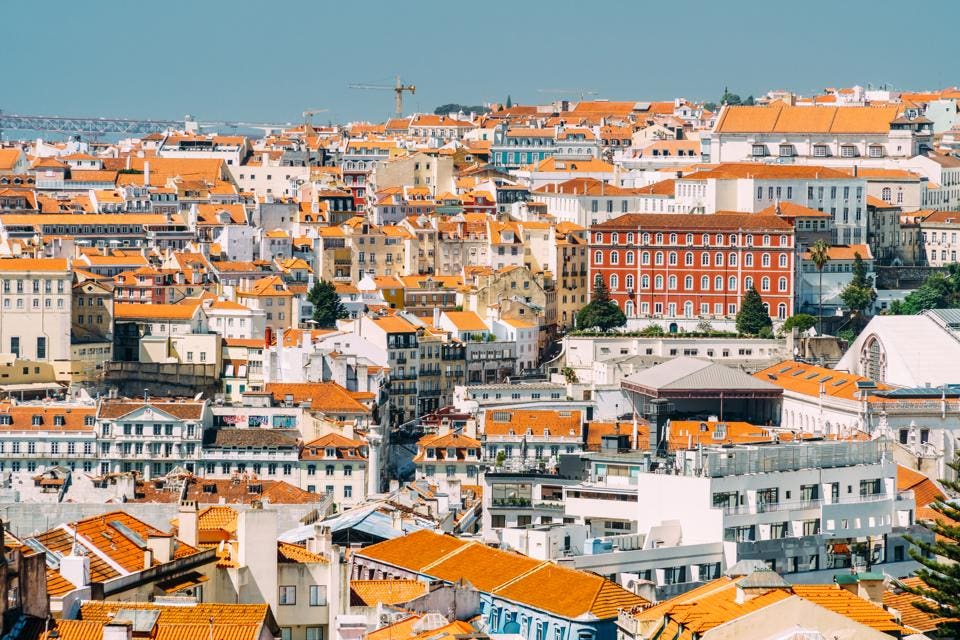 Over the last few years, the Portuguese capital has transformed itself from down-at-heel to vibrant. In a city where high youth unemployment made itself painfully felt in the aftermath of the Global Financial Crisis (GFC), Lisbon has undergone a renaissance. Almost every street appears to have a building covered in scaffolding as home owners and businesses renovate historic properties, encouraged by government grants. A dynamic startup scene is also starting to flourish.

While Portugal has long been a popular place to live with foreign investors, particularly retirees, Portugal’s tax reforms in 2009 have put the icing on the cake. And more and more of those foreign investors are heading to Lisbon, where property prices rose by 4.9% in the year to November 2017, according to Global Property Guide. Prices per square foot have now risen to €1400 ($1707.79) according to real estate agent Century 21 Portugal.

It all started with the GFC, says Ricardo Sousa, CEO of real estate agents Century 21 Portugal. “When we started to see an increase in demand, it began with foreigners. This latest demographic wave of international investors very much want to live in Lisbon. The French were the ones who originally used to get on the plane to spend weekends in Lisbon but now demand is becoming more and more diversified and the profile is shifting. Investors with half a million euros or above are looking at the city centre and its historical heart, as well as the Expo area, which is very popular with Asian investors and there is a lot of land. It’s Lisbon’s quality of life, modern infrastructure, climate, easy access to the city centre that appeals, and it’s very safe.”

Sofia Rodrigues Nunes, Head of Real Estate and Planning at Gómez-Acebo & Pombo Abogados Portugal agrees that foreign demand, which she estimates accounts for one-quarter of property transactions, is not showing any signs of slowing. The French in particular are snapping up homes in the Chiado, Principe Real, Baixa, Santos, Alfama and Bairro Alto districts.  “They look for old palaces and charming buildings, mostly in the historic areas of Lisbon to renovate and convert into luxurious apartments and charismatic shops or hotels which they sell mainly to the French market.

“Buyers from the Middle East and Scandinavian countries have also become very interested and active. More recently, we have increasingly seen wealthy Brazilian, Turkish and South African investors coming to Portugal to buy the house of their dreams to live in with their family, seduced by the peaceful and safe environment and the European life style,” adds Nunes. “These investors prefer Sintra’s charming villas and old palaces, the sea view in Estoril or the exclusive “golf and sea” at Quinta da Marinha, in Cascais, also popular with British investors. We have also been dealing with a sizeable British demand for properties in the Alentejo West Coast around Comporta and Melides.”

However,  the growing trend for investors to concentrate on the high end of the luxury market is becoming a social problem as prices soar and the supply of properties coming on to the market is limited. Bloomberg and The Guardian have drawn attention to some of the adverse effects of the city’s property boom.

Sousa agrees. “Over the last two years, we’ve seen investors concentrating on the high end luxury market. Strong international demand and is an issue for the Portuguese because there is an issue with affordability in Lisbon. We’re seeing a lot of young families being pushed towards the outskirts, and prices rising on outside the city.”

“We did a survey of millennials, most of whom said, ‘I want to be in the city centre and I want to rent, but that supply [of property] doesn’t exist, so we are seeing a rise in co-living, where 5-6 young people buy together on the outskirts of the city.”

I ask Sousa whether so much international interest is positive or negative? “I think the positives are greater than the negatives,” he replies. “A lot of areas had no life and now they have local shops and cafes and are very lively again. So I think it is positive.”